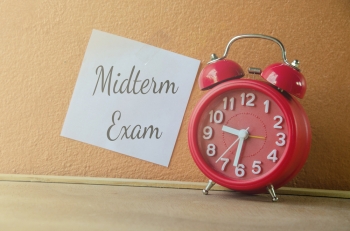 With winter break only a few weeks away, it’s about that point in the school year when students become stressed and overwhelmed with midterms. It’s time to check in with students on how they’re handling their workload. If they are worried or struggling, here are a few ideas that may help.

1. Create An Even Workload

Assigning lots of homework at the last minute will always be tempting, but it means there’s no time left to course-correct if something goes wrong. Evenly space out study sessions so that it’s an attainable workload. Also, don’t be too rigid with when study sessions have to be. Students have lives outside of school, and they appreciate flexibility.

Recharge breaks are important, and with practice can become a a healthy habit. Giving your students a break every half hour or so is vital to retaining focus and attention. Take five, listen to a quick podcast, stretch, or have a snack.

This one seems obvious, but it bears reinforcing. Remind your student to make certain that they fully understand their assignment. This is a skill (or perhaps just a habit) that will carry over to test-taking, and will serve your students well into the future.

Students make mistakes; it’s part of learning. But instead of chastising them for it, help them develop a system for learning from those mistakes. Build study guides out of failed tests. Keep a notebook of missed problems and see if your student can track for themselves where they need more work and where they just need to pay more attention. Encourage them to revisit problem topics.

Nerves go hand-in-hand with mistakes. American schools are so score-oriented that mistakes can often feel oversized and overwhelming to students. This creates fear, which they’ll carry forward into future tests and assignments. If you notice your student struggling with anxiety, teach them how to develop healthy coping mechanisms. Explain to them how mental health and emotional health can impact academic performance. 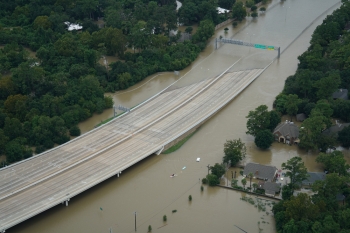 Harvey, the storm classified as a Category 4 hurricane at its peak, has dumped more than 40 inches of rain onto Houston and the surrounding towns in the last week of August. A metropolitan area the size of the State of Delaware flooded as much as fourteen feet deep, affecting as many as 13 million people.

As with many natural disasters, children are among those most disrupted. Houston’s more than 300 schools, which ought to have begun classes on Monday, August 28, are filled with evacuees instead of students. And a few are filled with water. Around 45 schools and educational administrative buildings have some storm damage, up to and including significant flooding.

So Houston and at least 9 other nearby school districts have pushed back their first day until the first week of September. In Houston, that means approximately 215,000 students.

Richard Carranza, superintendent of the Houston Independent School District, is cautious, but hopeful about that date.

“Thank goodness it seems like we’re pulling through, but the flooding is not over yet,” said Carranza to US News. “There is a possibility that even on [Sept. 5], depending on the severity of impact to our facilities, we may have a rolling start. It may be that 75 percent of schools are up and ready to go and they’ll get going, and as other schools are able to be cleaned and refurbished, then they will open.

“Probably the most obvious thing is we’ve had to call off the whole first week of school, but our first concern is the safety of our students, teachers and community,” he added.

It’s possible that in the time before then, city infrastructure won’t be back to the point where every student can access the schools. And the school district’s buses have been pressed into service moving evacuees. At the more human level, many students will have lost everything. 30,000 homes and counting are gone, with the city’s poor being the worst-hit. But studies worldwide have shown that the best thing to do for students in a disaster situation is to re-establish routines as close to normal as possible. So back to school it is, as soon as can be managed.

The people students spent their time with can affect academic performance.
Image: Shutterstock

Sociologists in Russia have found that students’ social networks can influence their grades. While sociologists have long recognized a number of factors in how students perform in schools, social networks have long been underestimated. This is partly due to the difficulty of performing studies on the issue, but more importantly due to poorly constructed investigative models for those studies. Two significant problems have plagued this area of research for some time: viewing a random group as a given student’s social network, and assuming that their place within their social network is static.

Both are faulty assumptions that skew data. Social networks are constructed through conscious and dynamic choice as students decide who they want to spend time with. Those networks may be impacted by the randomness of which students are assigned to which classes, but this is not a significant factor.

Actually, the position of a student within a network can, and often does, change over time, depending on any number of outside factors. None of these should seem overly shocking to anyone familiar with the way humans form networks and interact with each other.

The researchers in question found that students who spent time with high-achievers generally did better in their classes over time, while students who were friends with under-achievers tended to suffer. Although academic success is rarely a conscious deciding fact in forming friendships for students, it was found that by the middle of the academic year, members of a peer group tended to perform at around the same level, which could be higher for some and lower for others.

Under-achievers tended to weigh down their fellows more than high-achievers pulled them up, but the later tended to form larger networks over time. They also found that the size of networks varied across gender lines, but that all study participants were more likely to be friends with people they knew before college, students of their own gender, and other members in their study groups. 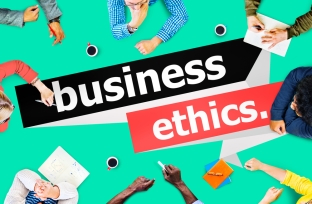 University business programs are refocusing on the importance of ethics–in the classroom and in business.
Image: Shutterstock

In the traditional business school curriculum, the study of ethics occurs at the beginning of the Masters in Business Administration program. Students take this course before the core disciplines of accounting, marketing, and statistics. This practice appears to suggest that the study of ethics for business students is forgettable, not foundational.

Enron’s Ken Lay was a businessman with a great education and not an iota of ethical intent when it came to doing business. Business school students must have role models and training combined to ensure that they’ll develop and practice honorable methods of doing business.

Fortunately, schools like the University of Virginia’s School of Commerce have graduates active in the business community who have engaged their alma mater’s ethical culture. Robbert Vorhoff, Principal at General Atlantic, is a graduate of the University of Virginia, a school that values ethical business practices and trains their students with innovative programs that address actual dilemmas and provide strategies that work in the real world.

One of the problems encountered by students in business school programs is that sometimes their education forgoes the study of people when it comes to business. Many programs encourage their students to study the impact of numbers and data without the presence of human beings. Money has an impact on our culture as well as our collective finances. Ethical business students are taught to recognize that the impact on the life of human beings is an integral part of doing good business.

The problem with educating students about business ethics is the difference between the classroom and real life. Students don’t expect actually to meet a person doing wrong at the company where they’re working; so when they do, they’re at a loss.

Cady Garey, a drama professor at the University of Virginia, uses improv classes to teach students from the UV McIntire School of Commerce to respond in an authentic manner when confronted with a difficult ethical dilemma. The students in these classes are presented with problems they’ll encounter in the real world. They’re taught that not every person is a Mother Teresa–or a Bernie Madoff.

“We do not position ethics as a stand-alone concept, isolated from the rest of the curriculum,” said Darden Professor Andrew Wicks, who directs Darden’s Olsson Center for Applied Ethics. “We push students to think about the moral dimensions of the choices they make and develop a larger framework for making those choices.”

Learn more about how business students prepare to deal with ethical dilemmas here.

It’s important for teachers to give their students the opportunity to develop their potential.
Image: Shutterstock

Self-esteem is a word that gets bandied around so often that we forget the real importance of it. A child who lacks it doesn’t have a reason to drive themselves forward. They don’t have any armor against bullying. They don’t have a goal to keep guiding them onto productive paths. Because if you believe, in any buried room of your mind, that you are intrinsically unimportant and small, then it follows that your future is nothing but being unimportant and small, and that means that your present is useless.

It is perhaps an educator’s most important job to show students that each one of them has potential (yes, another overused word, but bear with me). Not as a vague concept–that platitude “He has great potential” helps no one. Help them each find their own particular potential. Find the engineer, the artist, the speaker, the carer.

The only way to find all of these in a school setting is if the projects you, the teacher, assign will offer enough variety that each of these types of potential can show up. A dozen consecutive essays will find you the writer and the lawyer, but leave the doctor and the architect invisible and frustrated.

Try rotating kinds of assignments often. Alternate book reports with dioramas, classroom debates with making board games based on world history. Choose one broad topic a year and let each student decide on their own how to engage with it. You’ll get everything from reverse-engineered motors to interpretive dance.

And when you strike gold, when you hit on the “Capital-P Potential” of a student, let them know what you see. Let their parents know. Get it in their permanent record, if you can. Help them never feel unimportant or small or unskilled again.